Home » Technological information » What is the difference between magnetostrictive, piezoelectric and multifrequency ultrasound?

What is the difference between magnetostrictive, piezoelectric and multifrequency ultrasound?

Its basic principle makes magnetostictive ultrasound one of the oldest ultrasound technologies. However, in the past it was very inefficient.

Piezoelectricity was discovered later and this is very cheap and is also imported cheaply from Asia. This explains why many manufacturers turned to piezoelectricity. 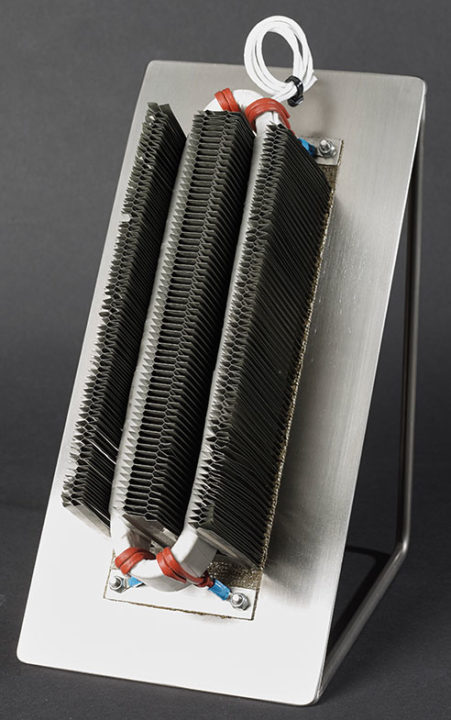 However, we continued to work on magnetostrictive ultrasound, and we developed our Magnasonic ultrasound. It is much more efficient and above all, it almost never wears out, unlike piezoelectric transducers.

As a result, we have magnetostrictive ultrasonic cleaning systems that have been operating for 20 years without problems, and which still work today with the original ultrasonic trasnducer.

This is not possible with piezoelectric technology. In this field, the life span of transducers is generally between 4000 and 6000 hours.

This means that trasnducers have to be changed every one or two years, which does not apply to our magnetostrictive technology.

But you also use piezoelectricity

Yes, we use this technology when there are frequency specifications.

For example, in the components cleaning sector, we have machines that operate with multi-frequency or piezoelectric ultrasound. But magnetostrictive technology is better suited for cleaning molds and tools.

First of all, the temperatures for cleaning components are much lower:

The problem with piezoelectric transducers is that they deteriorate very quickly at high temperatures. 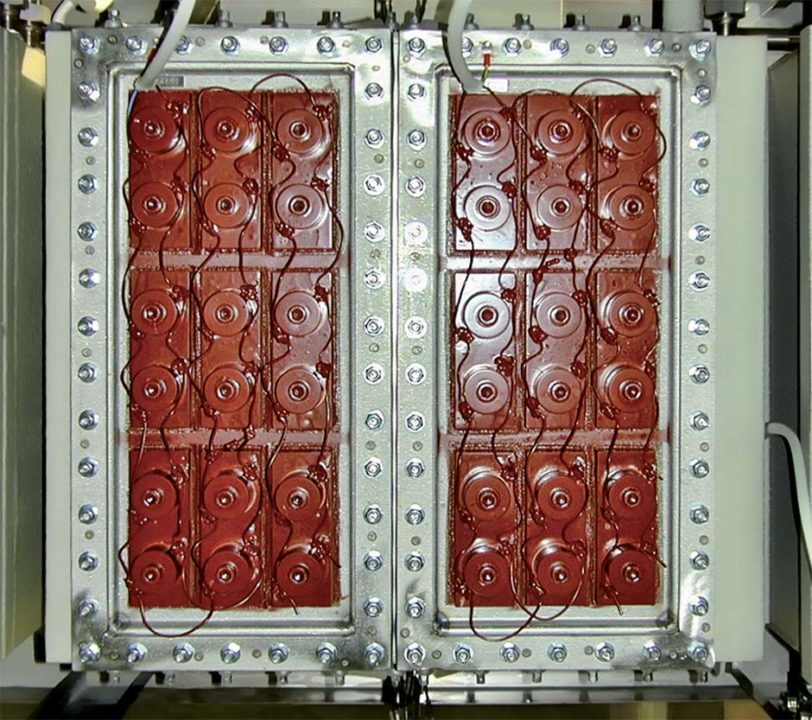 So we have very different operating times and temperatures in different sectors.

If you clean a medical part, you may wash it for up to two or three minutes. If you are cleaning a permanent mold used in a foundry, it may take up to an hour.

So we have very different operating times and temperatures in different sectors.

So magnetostrictive technology has many advantages for mold cleaning. It can be used at high temperatures and for long operating periods without the transducer wearing out. Are there any other advantages? What makes magnetostrictive ultrasonic cleaning especially suitable for molds and tools?

In addition – and this is also important – we modulate the frequency continually between 18 and 20 kHz. This means we don’t generate standing waves.

A standing wave is like a sine wave, which starts from a point A and goes to a point B. It will always arrive at the same point – and that is precisely what we want to avoid.

I’ll give you an example: If you rub a diamond with a piece of wood, people will tell you that nothing can happen.

But if I always rub my piece of wood in the same place on the diamond, at some point I’ll end up noticing wear.

To avoid this, we modulate the Magnasonic ultrasound frequency between 18 and 20 kHz.

The low frequency also has another advantage: because we are using very low frequencies, we generate very large bubbles.

What does a large bubble mean? A large bubble contains a lot of energy. These bubbles appear in the liquid and when they meet the surface, they implode, forming very violent liquid micro-jets that scrape off the dirt.

Using higher frequencies generates smaller bubbles and they are less efficient for cleaning.

Because we have large bubbles, we can clean heavily soiled surfaces relatively well.